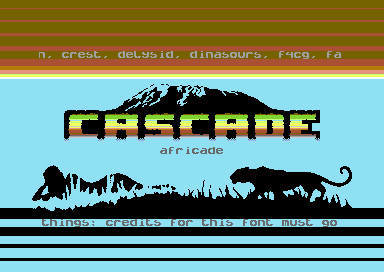 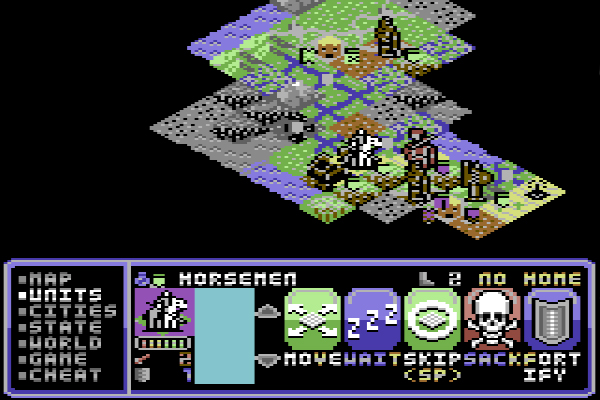 Polyanna
Polyanna is a 8-channel music editor for Commodore 64. It plays 3 regular SID channels together with 5 emulated SID channels on a stock machine. Old SID chip is required.
27.01.2017 -
Sink-20 Beta2
Kweepa developed an emulator for the Commodore VIC-20. This emulator also has a BASIC editor, a debugger and a profiler. Sink-20 is still a work in progress but you can try it already.
27.01.2017 -
WHDLoad
WHDLoad offers a way to play Amiga diskette games from your hard disk. New: Spectrum Emulator Games Pack 1, Sigh, Music Disk, Lethal Frequency, Rubbish, Sunwind, Soundbox 2, The White Room, Synthetic Power, Lovesongs, Music Disk, Audio Dreams, Sound of Music 7, Music Collection 4, Music Collection and One Day on Mars.
27.01.2017 -
Flashtro Amiga
On the web page Flashtro.com you can see many cracker intro's with your browser. The original intros from the Amiga, Atari-ST, Dreamcast, PC, Playstation etc. are converted to Flash. The most recent flashtro's are: Tycoons - Fire and Brimstone, Bionic Commandos - Hybris, Bionic Commandos - California Games, Reflex & Trilogy - Bubble bobble, F4CG - Satan, Napalm - Castle Master, Scoopex - Killing Game Show, Paramount - xenomorph, Endless Piracy - Move em, Nemesis - Civilization, Wanted Team - Bundesliga MAN PRO, Paradox - Mystical, Flashtro - More Lemmings and Nemesis - World Cricket.
27.01.2017 -
8701 replacement
A prototype has been developed to replace the 8701 clock generator chip used on boards 250425, 250466, 250469 and in the C128. A NTSC and a PAL version will be available in the next few months.
27.01.2017 -
A history of the Amiga (10)
The web page ArsTechnica published another episode of "A history of the Amiga". In this episode the downfall of Commodore.
27.01.2017 -
$B - VIC-20
Vic Porter made a VIC-20 version of the game 2048, originally developed by Gabriele Cirulli. The game $B is a puzzle game that can be played on a VIC-20 with no expansion. You can use WASD to move and R to restart.
27.01.2017 -
Reset #09.5
Reset is an pdf magazine for the Commodore C64 user. In this edition: 2017, Graham Axten, DubCRT, Craptastic Competition, Gazunta vs Jeff Minter, The Bear Essentials, Maze of the Mummy, Moonspire and My Life.
27.01.2017 -
The Hunter - C64
The Hunter is a new game for the Commodore 64 developed by Igor Errazkin. In the game you take control of a submarine, which must go into the abyss and battle against mutant creatures. You also must collect spinning coins for bonus points.
27.01.2017 -
Retro Asylum Podcast 152
Retro Asylum Podcast is an English podcast for the retro computer fans. In this episode: Simon Butler (Boot Camp, Highlander, Legend of Kage, N.O.M.A.D., The Neverending Story, Shadowfire and Transformers).
27.01.2017 -
Border Blast 3 - C64
Alf Yngve released a new game for the Commodore C64. In the game you must fight against your enemy and destroy the force-field. The game can be played with one or two players.
27.01.2017 -
Basic Battleships - C64
Steveboy released a new game for the Commodore C64. The game Basic Battleships is a strategy game and is written in basic.
[ Page: 1 ... 195 | 196 | 197 | 198 | NEWS page ]
Site Blog
...from time to time, some thoughts need to get out...
Farewell Patrick!
Author: Zeldin - written on 31.12.2014 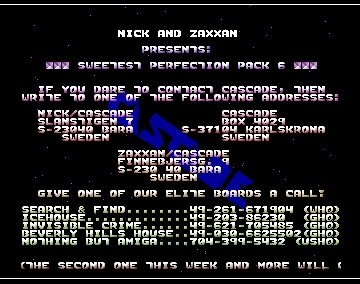 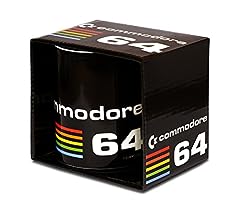