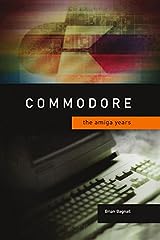 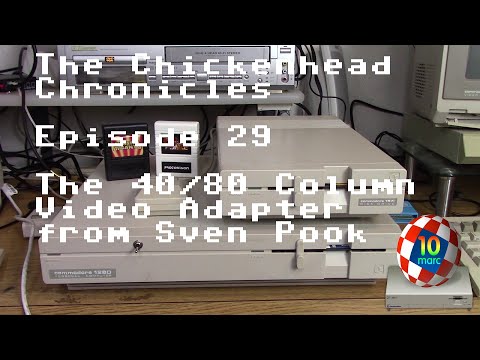 40/80 Column Adapter for the C128 from Sven Pook - The Chickenhead Chronicles EP 29 - new video from '10 Minute Amiga Retro Cast (10MARC)'
This week on The Chickenhead Chronicles Doug is reviewing the cool new version of the 40/80 column video adapter for the Commodore 128. He is showing it off on my C128D, but it works on all models just fine. Join him as he shows off the nice little product!
20.06.2021 - 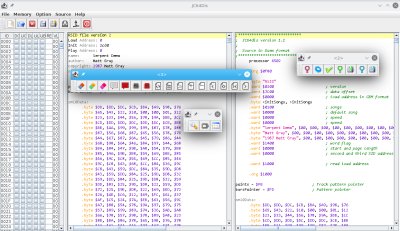 JC64dis 1.3 released
JC64dis (next generation C64 disassembler) is an iterative disassembler for MUS, SID and PRG file of Commodore 64. It works with 3 area: 1. Memory area (from $0000 to $FFFF). 2. Preview of source. 3. Source. You can formatting the source using the commands in a way to produce a source like if you were writing it in a text editor. Labels and some comments are created automatically, but you can customize all.
20.06.2021 -

WIP Amiga game 'Amigo The Fox' - Alpha version 6 released
'Amigo the Fox' is a full length recreation of Mike Wiering's Mario for DOS, ported as an open-source flagship sample game for the Scorpion Engine. Minimum 1MB A500. A1200 recommended.
20.06.2021 - 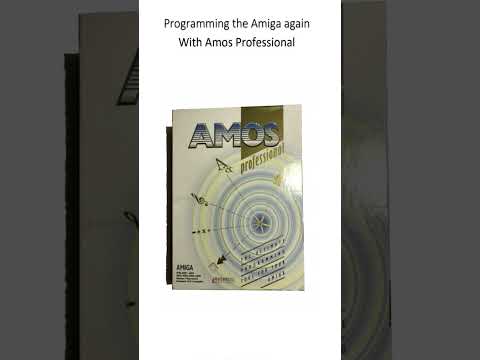 Programming the Amiga Again With Amos Professional - video by 'GRay Defender'
Pick up the latest book from Jens Christian Ingvartsen Thomsen. This time covering the Amiga!
19.06.2021 - 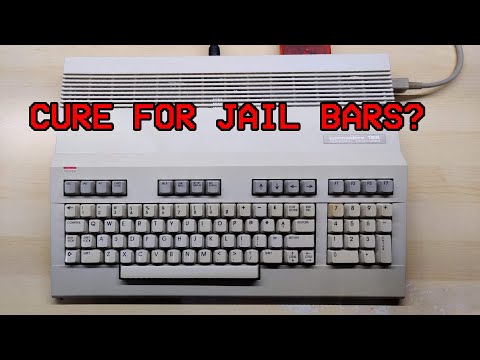 ClearVideo 128: A fix for C128 jail bars? - new video from 'Adrian's Digital Basement'
The C128 is known for having video with visible vertical lines in its video output. These are known as jail bars. The ClearVideo 128 promises to be a fix for the these unsightly artifacts - can it deliver?
19.06.2021 - 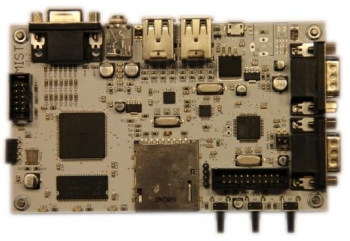 Update for 'ZK64' available
'ZK64' is a pixel exact emulation of the Commodore 128,Commodore 64, VIC 20, ZX Spectrum 48/128K and Atari 2600. 'Z64K' should run on any platform with an updated java runtime environment installed. Latest updates (v2): - ZX Spectrum - experimental SID option at port xxcf when xx is the SID register. Currently when SID is enabled, beeper and AY are disabled.
19.06.2021 - 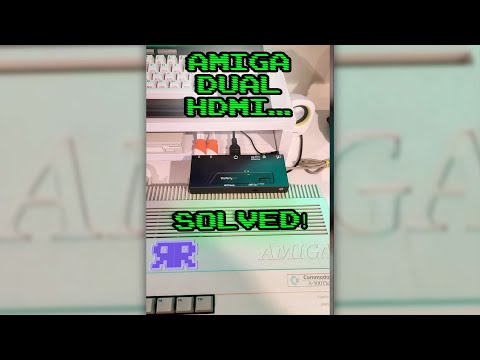 Commodore Amiga Dual HDMI SOLVED! - new video from 'Retro Recipes'
Here's a quick & satisfying 'Shorts' update on the problem of Commodore Amiga 500 dual video output with the Vampire & RGB2HDMI. Can we make channel changing and 2 monitors a thing of the past?
19.06.2021 -

ZZOT! magazine issue #1 released
ZZOT! is called the fundamentalist magazine of the sixtyfourist zealot, by it's creators. Inspired by the Italian wave of the epic gamers’ magazines of the 1980s, ZZOT!, in the craziest way possible, tells the story of the incredible sixtyfourist demoscene and the current Commodore64 franchise, juggling with every topic rising in the communities on the legendary computer. The magazine is availabe as free digital download (.pdf).
18.06.2021 -

Plus4 port of 'Stop The Express' released
'Stop The Express' was converted from C64 by LOD (Legion of Doom). The code has been changed and optimized a lot, though. Besides bug fixes there are some differences between the C64 and +4 like the sprites for the main character and the gang. They have been redrawn or copied from the ZX Spectrum version. - A title screen was added, converted from the ZX Spectrum version, also a title music was added as well - Completely rebalanced difficulty curve. - As a reward for being able to clear more levels, more train designs have been added, modelled after real-life trains. - Lots of minor quality-of-life improvements. - To eliminate the need for cheats, a practice mode has been added.
18.06.2021 -

'PHOENIX-Recovered' C64 version released
After the C16 / Plus4 version, we now get the C64 port as previously announced. 'PHOENIX-recovered' is an arcade space shooter for vertical monitor orientation, using the text mode with rotated user defined characters. The basic game idea and design is mostly taken from the Amstar Electronics 'Phoenix' arcade game (1980).
17.06.2021 - 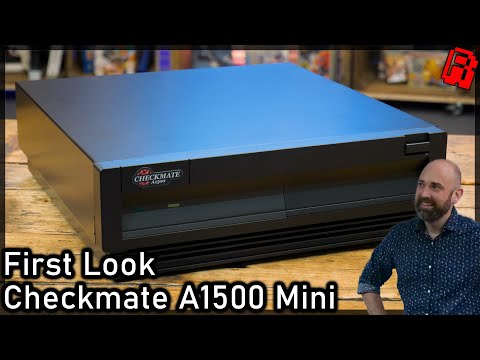 First Look at the Checkmate A1500 Mini Desktop Case - new video from 'RMC'
ITX PC Cases are plentiful, but are they as stylish as this? A desktop case for ITX motherboards, Raspberry Pi's, FPGA devices and more thanks to Stephen Jones Checkmate A1500 mini case. Today we get the very first look at the case in the wild and I install my Vampire V4 standalone in it. Let's take a look!
17.06.2021 -

"Advanced" Programming Tutorial, I Am The C-64: Volumes 4-6 - new Video from '8-Bit Show And Tell'
This is the "I Am The C-64" advanced tutorial software, volumes 4-6, which covers more of the abilities of the Commodore 64: Advanced BASIC programming techniques, sprite graphics, and music and sound effects with the SID.
16.06.2021 -

C64 game 'Lost Realms of Murkasada Episode 1' released and free for dwonload
'The Lost Realms of Murkasada' is a series of games by Arkanix Labs. Acting as a companion to their main CRPG 'Crimson Twilight', this game is an action adventure/RPG-lite set in the same world and will take place over a series of 'episodes', released periodically in the build up to the release of Crimson Twilight. These short episodes are designed to be both short, fun little adventures to be completed in one evening and an introduction of sorts to CRPG's to those people who may not necessarily have played CRPG style games before.
[ Page: 1 | 2 ... 229 | NEWS page ]
Site Blog
...from time to time, some thoughts need to get out...
Farewell Patrick!
Author: Zeldin - written on 31.12.2014 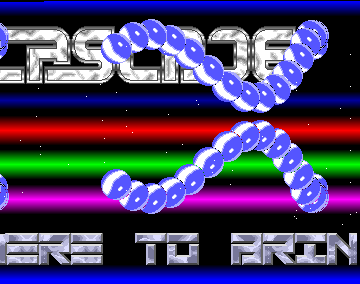